The legendary singer songwriter has announced her long awaited followup to "The Idler Wheel". 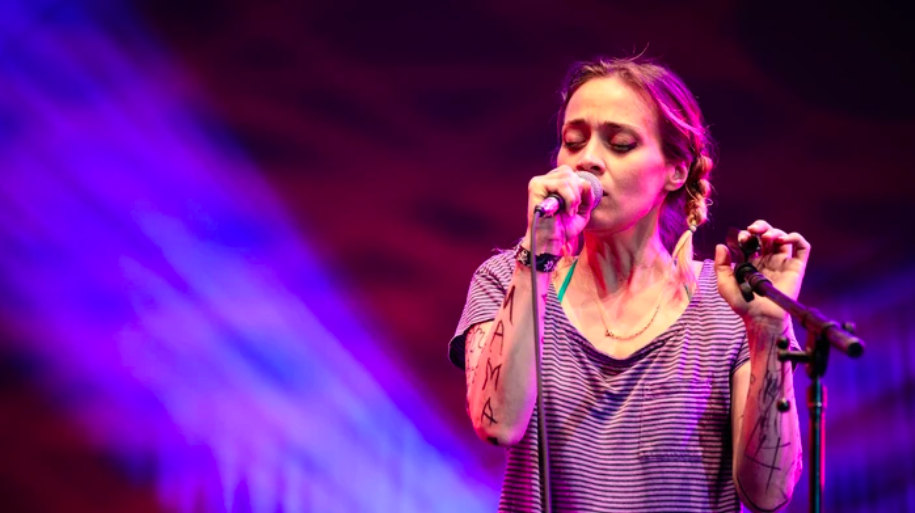 Fiona Apple has revealed that her fifth record is finally finished.

Earlier today in a video posted to her tumblr fan site fionaapplerocks, Apple in front of a television playing her favourite film Born Yesterday spelled out “M-Y-R-E-C-O-R-D-I-S-D-O-N-E” in American sign language before slyly nodding as if to communicate, “Yup, that’s right.” The excerpt from the film involves Judy Holliday in defiant epiphany after being stricken by Broderick Crawford.

Details of the album are scarce, though in a rare interview with Vulture last fall, Apple expressed her hope to release the album in early 2020 and stated the album was intended to be finished “a million years ago.”

Following 2012’s excellent The Idler Wheel…, the typically reclusive Apple has had fans questioning if the artist has gone into early retirement, giving few interviews and playing a handful of small venues in the years residing.

She still remained on the outskirts of fame and active. Her breakthrough song “Criminal” got the feature dance treatment from Jennifer Lopez in last year’s Hustlers, she recorded an original composition for Bob’s Burgers, and praised “her son” King Princess. She’s stayed characteristically outspoken calling out the shallow promotional run for Justin Bieber’s Changes and cheekily questioning Lil Nas X for royalty payments on his Apple sampling “Naserati”. Good to have you back Fiona.